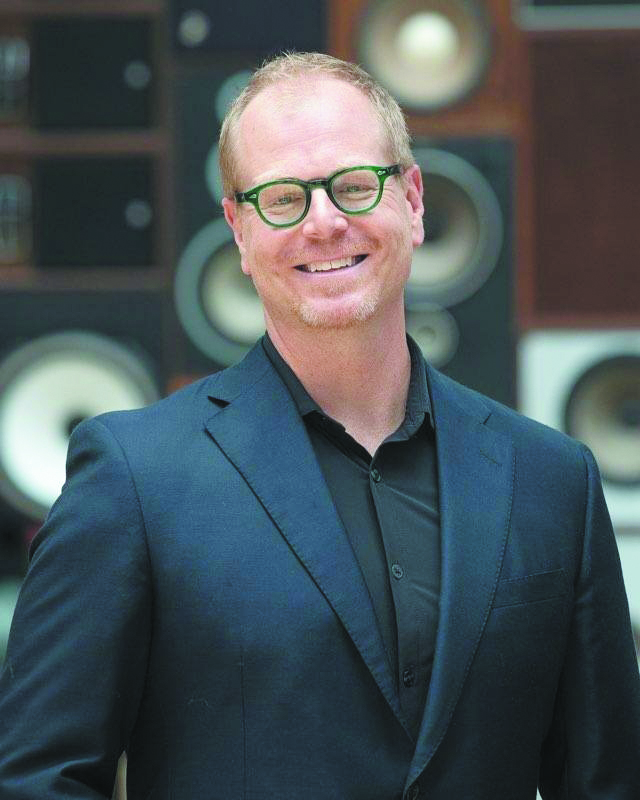 Lucas Trautman, MD, is a fourth-generation physician whose ancestors inspired him and set the bar high. As his namesake St. Luke, patron saint of physicians, put it: To whom much is given, much is required.

One great-grandfather was a Public Health Service (PHS) director on Ellis Island who became a National Institutes of Health clinical director appointed by President Truman; another was a PHS surgeon from New York who once operated on a prince in India; a grandfather was a PHS surgeon who was a retired Naval officer and former ER chief at St. Francis Hospital; and his father, a dermatologist, is still in practice here.

"I have had all these great role models and I always dreamed of being a doctor," said Trautman, a psychiatrist and medical director of Professional Care Services, an outpatient network of community mental health centers. "I'm the first one to do behavioral health. I was lucky to know them very well when I was younger, but now I'd love to go back and talk to my great-granddads and share with them the things I've learned and garner wisdom from them. Luckily, I have some of their writings.

"One of my great-granddads, Dr. Homer Lucas Skinner, talked about how we stay young because of the vigor and the zest we have for life emotionally, and that it's not our body that determines our age - it's our zest for life and our mind. That really resonates with me."

While his patients include children and adolescents, perhaps not surprisingly a significant part of his practice involves seniors. Two of the psychiatric facilities where he is the director focus solely on senior care.

"Patients over 70 may have issues of dementia and dementia-related disorders that have behavioral disturbances, Alzheimer's dementia with an element of psychotic features, which means a patient could hallucinate or see things that aren't there," said Trautman. "They might get extremely paranoid because they believe their children are still young, even though they're grown, and perhaps they feel their children are threatened or are in danger.

"We take care of the geriatric population in this very vulnerable time by keeping them safe, applying medications and therapy which can be used to stabilize them and keep them out of distress."

Alzheimer's dementia is on the rise, affecting one in nine people over age 65, or more than six million Americans, according to the national Alzheimer's Association.

"The reason we're seeing more is the baby boomer generation is entering the post-65 and post-75 years, and so with the population growing, we're obviously seeing more disorders and illnesses that affect that population," Trautman said, adding that while there is no cure, there are predictors. "Some of it is genetics, but much of it is lifestyle. How did we nurture our brain as we were living through the decades of our middle ages? For example, keeping the blood pressure at an ideal level, having a diet full of blue berries and raspberries, and the Mediterranean Diet (rich in plant-based foods) - these are neuroprotective foods that we can eat. There are substances in blueberries that prevent dementia."

He said keeping these seniors physically safe, the careful use of mood-stabilizing medications and behavioral techniques are parts of a multidisciplinary treatment approach.

"We use interventions to help them be more comfortable, like frequent reminders of where they are or setting up their hospital rooms in a way that mimics their rooms at home, using appropriate lighting, and comforting books and even baby dolls that they care for can provide comfort for this age group," said Trautman. "In many ways we resolve these short-term complications that come with this age group, but we also acknowledge that dementia is a progressive process so we know that we're caring for and providing safety for these geriatric patients knowing that there will not be a full resolution in most cases.

"I see my grandparents in them, and I recognize their vulnerability and their need for care. So just as they kept me safe when I was little, I'm keeping them safe now. It's really sacred to me that this work is done with integrity and that each person is cared for and kept safe during these hospitalizations."

Trautman earned his medical degree at the University of Tennessee Health Science Center College of Medicine and did a pediatric internship at Louisiana State University in New Orleans.

"When I would see a kid come into the emergency room because he tried to commit suicide, I really wanted to intervene and help that child and figure out all of the sociological factors that led to that attempted suicide," he said.

Those challenges are what Trautman said attracted him to behavioral health.

"There have been great people throughout history who have worked with children - Albert Schweitzer who worked in Haiti and Mother Teresa in Calcutta - who tried to comfort them and address the sociological risk factors that created poor health. Those things challenge me. I love those things. I think that's why I went into behavioral health."

Following some family footsteps, Trautman obtained a master's degree from Tulane University's School of Public and Tropical Medicine, and has worked with children in Southeast Asia, the Hawaiian Islands and Haiti.

"Those things were very fulfilling to me and that's why I went into medicine," he said. Trautman says he uses his relationship skills and care for others to help resolve their mental struggles and their mental health issues. He says he naturally gravitates to that.

"The hardest things are when a young person completes suicide because they felt hopeless, because their depression was overwhelming, or a heroin overdose because the shipment had fentanyl in it and the patient was simply trying not to be sick from withdrawals. That goes to the limits of our tools, knowing that there are sociological factors that are bigger than my influence over the patient's life and that can overwhelm the defenses of the patient."

And while measuring a troubled patient's progress may not be as definitive as the visible healing of a broken bone, Trautman notes that there are signs that clearly tell him he is making a difference.

"When a heroin addict sends me a letter two years later and tells me I saved her life and she includes pictures of her and her son with whom she's been reunited, she's clearly happy and healthy. That feels like an objective measure of success. Or when a family tells me that, even though their mother has since died, that the five years when I cared for her and sat by the bedside and treated her with dignity, that meant a lot to them. To me that's a very objective sign that I'm doing a good job in my career."

Trautman and his wife, Kristin, who have two adopted daughters, Myra, 17, and Leia, 9, operate side-by-side businesses at Sam Cooper and Tillman in the Binghampton area: his Stardust Jiu-Jitsu and her Inspire Community Café.

He offers free wrestling and jiu-jitsu to about 200 area kids after school and helps coach at Christian Brothers High School where he wrestled four years and is a member of the school's Hall of Fame.

"We try to build healthy minds, healthy bodies and good decision making," Trautman said. "It's an offshoot of my psychiatric practice."