This Doctor Threw His Best Punch, But Tuberculosis Is Still Standing 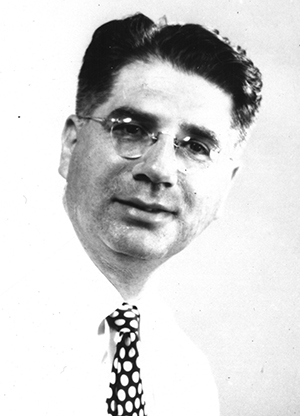 With pulmonary disease as a focus topic in this issue, publisher Pamela Harris suggested that editor Bob Phillips write an historical account of his father's journey in medicine.

Doctors were still making house calls when my dad was practicing medicine in Memphis.

However, when the phone rang at our house the calls were seldom related to healthcare. My dad was Samuel Phillips, MD, and despite having an "MD" after his name in the phone book (remember those?) most of the calls were from people in the entertainment industry. The callers were looking for the Sam Phillips who owned Sun Records, which had a list of entertainers that included Roy Orbison, Jerry Lee Lewis, Johnny Cash and our neighbor at the time, Elvis Presley.

The other Sam Phillips evidently had an unlisted number. Because my dad was a doctor, he believed we shouldn't have one, something that was a constant irritant to my mother. But I thought it was totally cool. I was given the job of answering the phone. It was the best household chore my parents ever gave me. After learning that the callers were looking for the unlisted Sam, I would explain they had the wrong one.

Between conversing with all the wrong numbers and having Elvis down the street, I thought I was witnessing what stardom was really like. Perhaps I was. But years later I realized I had a real star living right in my own house: my dad, a man who dedicated his life to medicine, and believed, as the Hippocratic Oath states, "into whatsoever houses I enter, I will enter to help the sick."

Samuel Phillips was born in New York and graduated from the Royal College of Physicians, King's College Medical School, London, England. I doubt years ago he or anyone else had ever heard of a pulmonologist. He simply said he specialized in pulmonary disease while he spent a good part of five decades trying to eradicate tuberculosis (TB). Also called "consumption," I am told at one time tuberculosis was feared more than cancer.

After interning at Grasslands Hospital in White Plains, New York, he took a position at South Dakota Tuberculosis Sanitorium in Sanator near the Black Hills National Forest. It was a huge facility - a city within itself. And it was remote. The nearest town was Custer (population of 1,987 according to the 2010 census) which is believed to be the oldest town established by European Americans in the Black Hills of South Dakota and Wyoming. Gold was found there in 1874.

I'm pretty sure there was no gold when my parents arrived in 1941, but there was plenty of cold weather. The high temperature there between November and April is about 23. The average annual snowfall is 56 inches. My dad said there was so much snow that tunnels were built to connect the buildings.

But the weather was perfect for treating TB patients. Research indicated that breathing cold air could be excellent therapy. Each patient's room had a balcony and every day each occupant was bundled in warm clothing and blankets and placed on their balcony to breathe in the brisk air.

When the U.S. entered World War II, my dad wanted to join the Army. However, he was told his job was considered "essential" and he was exempt from service. So he resigned and took a position at City of Hope Hospital in Duarte, California, which was a treatment center for TB. The TB treatment, called pneumothorax, involved surgery. As best I understand it, a portion of the lower rib was removed and the lung was collapsed and treated. The lung became healthy and the rib grew. The healing process took about one year. Then the procedure was repeated on the other side.

My dad was there only until he was able to enter the Army. As a member of the medical corps, he was stationed at several military bases, including one in Como, Mississippi, which was a German prisoner of war facility. The job of caring for German POWs was especially distasteful because my mother lost relatives in the Holocaust. Dad was soon transferred to Memphis and Kennedy General Hospital.

Named for James M. Kennedy, the hospital opened in 1943 and became the largest Army hospital in the U.S. It was described as a "state-of-the-art medical facility and one of the best equipped hospitals in the nation." It was located at Park and Getwell, which earlier was named "Shotwell." During the next three years, 44,000 patients were treated there and an estimated average of 30 surgeries a day were performed.

While a large number of the wounded soldiers were paraplegics and quadriplegics many others required treatment for all types of casualties and illnesses, including the chest. My dad became chief of pulmonary diseases. According to author Paul Dudenefer, who wrote a brief, but excellent piece about Kennedy, when the war ended "a census that reached 6,000 patients and the hospital had evolved into a center for research, evaluation, and specialization for psychiatric and penicillin medical care, as well as surgical procedures for neurological, thoracic, and orthopedic cases."

When Kennedy was given to the Veterans Administration in 1946, my dad stayed. He had become chief, pulmonary diseases, and part of the hospital's research included TB. At Kennedy the clinical trials involved three drugs, usually used in combination. Kennedy proved to be an excellent facility for the trials because patients would be there a lengthy time. They could be monitored closely and it was easy to ensure they took their drugs on schedule.

During this time research also began on lung cancer and the team zeroed in on cigarette smoking. As the evidence began to grow, my dad asked that the cigarette machines that were actually on the TB ward be removed. The administration resisted, but eventually the machines were taken out, much to the displeasure of the patients. This was also about the time my dad talked to me about the evils of smoking. When I asked why there wasn't more attention given to problems tobacco created, he explained before going public the doctors had to build a stronger case to fight the lawyers in the courtroom.

At the same time, successes began to grow involving the drugs and TB. In fact, the effort became so successful that tuberculosis sanitoriums began to close. I remember my dad was excited about going to the closure of one in Memphis. He would be disappointed today. He thought they had greatly reduced the threat of TB. However, it now is the second-most common cause of death from infectious disease (after those due to HIV/AIDS).

But I still consider my dad a star. He spent his life fighting a deadly disease, running the risk of contracting it himself. He worked in locations many others would pass on. He never lost his passion or his dedication. That's a star in my book.