A team of University of Tennessee Health Science Center researchers has been awarded $2.19 million from the National Institute of Environmental Health Sciences for their investigation of the neurotoxic effects of toluene, a common chemical found in many household products.

Alex M. Dopico, MD, Van Vleet Chair of Excellence and professor in the Department of Pharmacology, Addiction Science, and Toxicology (PHAST) in the UTHSC College of Medicine, and Anna N. Bukiya, PhD, professor in the same department, are principal investigators on the award. Jeff Steketee, PhD, also professor in the PHAST Department and chair of the Institutional Animal Care and Use Committee, is a co-investigator.

Toluene reaches the brain through inhalation. Intoxication with toluene, whether accidental or following recreational use (e.g., “glue sniffing”), leads to dizziness, blurred vision and even neurological deficits with catastrophic outcomes, including death. A reduction in blood flow to the brain is thought to contribute to these toxic effects, but how and why toluene exposure affects the brain circulation is not known.

The team hypothesizes that toluene reduces the activity of a protein (the BK channel) located in the cerebral artery muscle cells, causing the brain arteries to constrict upon exposure. Performing tests at the molecular level using computational methods, and in vitro and in vivo evaluation of BK channel function in animal models, the team aims to identify the specific mechanism and site of action in BK channels that makes cerebral arteries constrict in the presence of toluene. Their tests will include delivering new selective drug therapies for early intervention in toluene-induced brain ischemia. 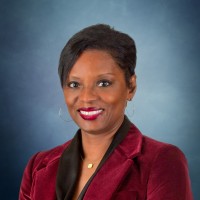 Regional One Health Executive Leader Joins THA Board of Directors